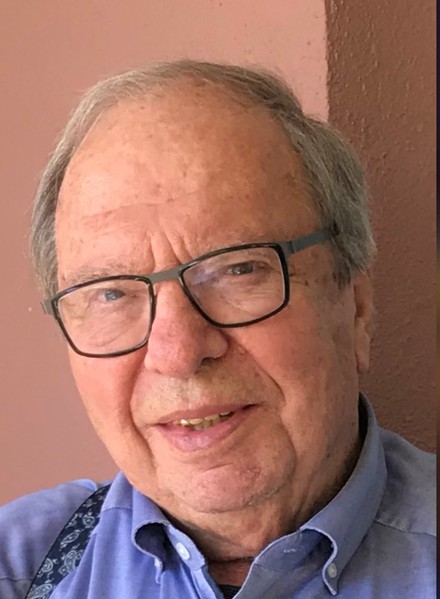 The international scientific community has lost one of its giants in lithosphere research. Professor Dr. Karl Fuchs passed away on 22 March 2021 after a remarkable scientific career.

Karl Fuchs studied geophysics in Hamburg, London and Clausthal. In the late fifties he worked as exploration geophysicist in South America and North Africa which gave him very valuable experience and understanding of the importance of data for science. His PhD degree from Clausthal in 1963 was based on a theoretical study of seismic wave propagation. After two years of postdoctoral studies in Saint Louis and Dallas, he joined Karlsruhe University where he received his habilitation in 1968 and became Professor and Director of the Geophysical Institute until his retirement in 1997. He had sabbaticals at ANU in Canberra, Stanford University and USGS Menlo Park.

Karl received honours from learned societies, including fellowships of AGU, Geological Society of London, Royal Astronomical Society and AAAS. He was elected member of Academia Europaea and the Heidelberg Academy and honorary member of the German Geophysical Society, and he received the Heitfeld Award from the Alfred Wegener Society.

Karl made groundbreaking contributions to seismic wave propagation and the study of the Earth’s crust and deep Earth with novel seismological methodologies and concepts developed by him. The Fuchs and Müller 1971-paper on the Reflectivity Method has had tremendous importance for interpretation of seismological data by simulation of observed data and the method is still being developed for use in new methods. Karl made significant contributions to our understanding of rifting processes in the continents, stress distribution in the lithosphere, and the impact of large earthquakes on society.

Karl had an exceptional broad vision on the geosciences, championing integrated solid Earth science long before the term became common. As such he was a driving force in connecting geology and geophysics and in connecting people. Through his efforts and vision, Karlsruhe became a hot spot for Earth sciences and the home base for many international programs such as the World Stress Map programme of ILP and the Vrancea project, monitoring seismicity in the bending zone of the Romanian Carpathians. His understanding of the importance of political diplomacy for science was demonstrated when the Kenya Rift Seismic Project 1990 (KRISP’90) ran into potential permitting problems. Karl resolved the situation for the working group by using his connections to get access to the presidential office where he could clear a few misunderstandings, after which the project could continue.

Karl was an initiator of the very successful EUROPROBE programme, which became one of the first large scale, international scientific programmes in the geosciences with broad focus on a suite of the most important subjects for understanding lithosphere evolution. It brought together geoscientists from all disciplines, and it had immense importance for building collaboration between scientists in the east and the west at the time of the fall of the Iron Curtain in Europe. During this changeable period, Karl took another, and probably less known, important initiative to secure invaluable long-range, seismological data from the former Soviet Union which were recorded with nuclear explosions as source along profiles across Siberia. This Peaceful Nuclear Explosion (PNE) data was stored on analogue tapes and might have deteriorated unless Karl had secured funding for digitizing it. The data became the source for major discoveries on structure and processes in the mantle at all depth ranges during the following years, and it formed the basis for developing strong east-west collaboration.

Karl served as the second President of the International Lithosphere Programme (ILP), motivating and inspiring with his enthusiasm and energy a whole generation of young researchers to be actively involved in its task forces. Karl was often spotting new young talents, and the list is very long of eminent scientists who owe the start of their career to his unselfish support and supervision.

Karl had a global vision and was actively engaged in building a strong, global community of solid Earth scientists through his active continuing participation in ILP and Academia Europaea, the pan-European academy with its more than 4,500 members which he joined soon after its foundation in 1988.

The international Lithosphere Program and Academia Europaea are grateful for Karl Fuchs’ contributions, both as a warm person and as a great scientist.